Written by Bankerage Published on June 25, 2021 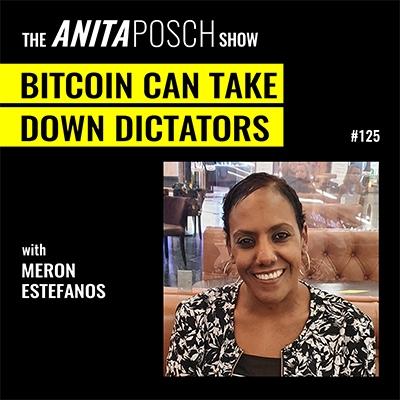 Meron Estefanos is a Swedish-based Eritrean human rights activist and journalist, who works tirelessly to aid and raise awareness about the plight of Eritrean refugees, who have been kidnapped, tortured, raped and held for ransom in the Sudan and the Sinai. In her efforts to rise up against the dictatorship in Eritrea she is engaging researchers in Ethiopia, who she has been paying with bitcoin. We’re also discussing the fact that Bitcoin can take down dictators and many human rights activists use bitcoin discreetly.

“Bitcoin helps people on the ground as a money transferring method, as an investment and even to topple a dictatorship. In Eritrea 36% of the population survive because of remittances. Banking is controlled by the government, the Hawala system is controlled by the government. The people that give out the money in Eritrea are part of the government and they need the hard currency sent from abroad. If we Eritreans and other African regions fighting dictatorships would start using Bitcoin, we’d take away the power of the government, because without money, they are nothing.” – Meron Estefanos, Human rights activist
Shownotes on the episode page