Written by Bankerage Published on April 5, 2021 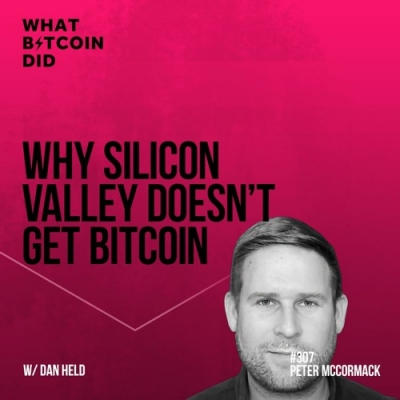 Published on April 5th, 2021 by
BTCMedia

Jack Dorsey has been one of the leading public supporters of Bitcoin in Silicon Valley, stating his belief is that “Bitcoin has the potential to become the world’s sole currency by 2030”. In late 2020 Dorsey went a step further when his company Square put $50 million of Bitcoin in their treasury. Following the purchase, he tweeted “More important than Square investing $US50mm in #Bitcoin is sharing how we did it (so others can do the same).”

Jack Dorsey is a hugely influential figure in Silicon Valley, and his actions sent a clear message of his belief in the importance of Bitcoin.

Silicon Valley has mostly ignored Bitcoin, and Dan Held thinks this is a culture issue. While Silicon Valley values moving fast and breaking things, Bitcoin is the opposite. It is conservative, slow and most importantly, hard to change.

In this interview, I talk to Dan Held, the Director of Business Development at Kraken. We discuss Dan’s experience in Silicon Valley, what drives VCs to invest, and the changing Bitcoin narratives within Silicon Valley.