Written by Bankerage Published on April 13, 2022 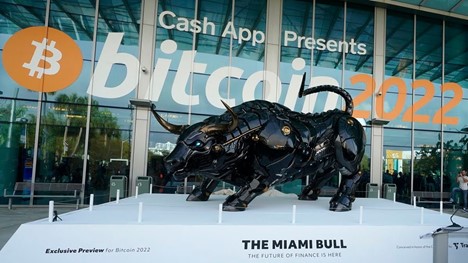 Bitcoin 2022 in Miami was a rousing success as expected, with tens of thousands of crypto enthusiasts and industry luminaries descending on the city for the annual event, and Foresight Ventures was there for every thrilling moment as an event sponsor.

Foresight Ventures had a number of goals it set out to achieve during the conference, including forming new partnerships and playing a part in guiding the next generation of Web3 companies toward success. These goals were all met and exceeded, and the firm has advanced a number of its biggest priorities around finding the next major Web3 disruptors.

Foresight Ventures also sponsored the Grand Ballroom Seatdrop, through which it built partnerships with some of the top Bitcoin projects poised to deliver some of the industry’s most in-depth research reports over the next quarter. The firm connected with Yale Blockchain’s incubator lead and will be running a hackathon with a group of Yale based startups to empower the student developer community.

The massive annual expo is attended by some of the industry’s biggest names, and each day packed with speakers, meetups, and deep-dives gives way to a series of after-parties that continue the celebration late into the night. It was a whirlwind of an event, but Foresight Ventures made some meaningful inroads with industry peers and will have even more partnerships and event sponsorships to announce in the near future.