Written by Bankerage Published on October 16, 2021 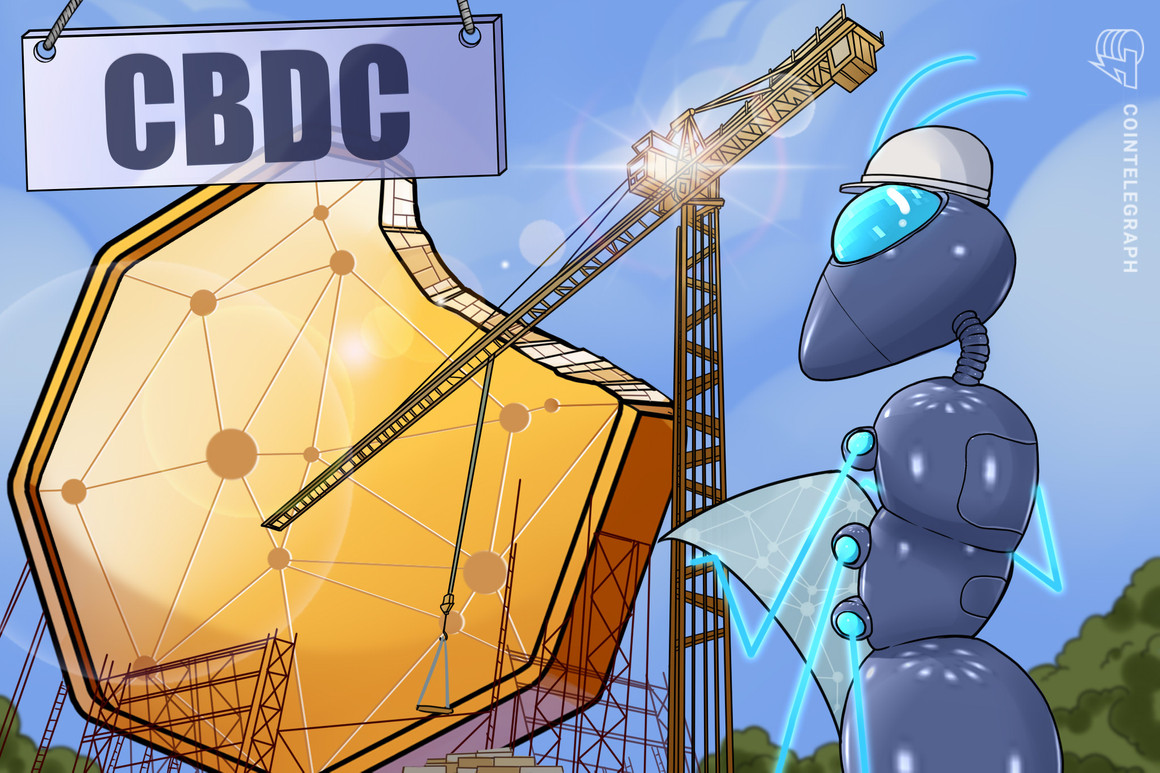 The rapid growth of mainstream attention toward cryptocurrencies has forced the hands of numerous governments to create their digital alternatives. Over the past few years, interest from various jurisdictions has been pointed towards central bank digital currencies (CBDCs) — digital versions of government-issued fiat.

Given their capacity to use blockchain technology to facilitate a simplified fiscal policy — not to mention calibrate privacy features and even provide cross-border banking services to the unbanked — CBDCs continue to gain even more attention from various governments worldwide.

Already, surveys show more than 80% of central banks are researching CBDCs, with some working on proofs of concept that could eventually lead to the introduction of fully functional CBDCs. Out of the surveyed central banks, 10% plan to offer a retail version of a CBDC in the next three years, with another 20% set to make the move in under six years.

In Asia, these efforts have been compounded by China’s release of the world’s first CBDC after setting up a task force as early as 2014. By 2016, the People’s Bank of China (PBoC) had already established a Digital Currency Institute, which developed a prototype CBDC.

In this article, we give you a brief look at some developing CBDC projects on the Asian continent.

China ranks among the world’s top economies to embrace digital currencies with the release of the digital yuan — a CBDC project issued by the PBoC.

Dubbed the Digital Currency Electronic Payment (DCEP) China’s digital yuan (e-CNY) is set to completely replace cash payments and has been rolled out in the country’s major cities since April 2020.

China’s DCEP, while sporting some anonymity features, is controlled, tracked and registered on smartphone apps by the Chinese government, giving them the ability to freeze accounts at will.

Perhaps one of its advantages is the fact that users on China’s DCEP network can reverse or correct erroneous transactions, which is one of the features that is non-existent on decentralized digital currencies like Bitcoin (BTC).

The move is also seen as an attempt to supplant the dominance the U.S. dollar enjoys in international trade. Even so, China’s e-CNY remains highly localized with no significant attempts by the Asian nation to take its CBDC international.

Hong Kong is now governed under a one-country, two-system framework where it maintains its own financial and judicial system separate from mainland China. However, HKMA is working with China’s central bank to explore the infrastructure development of its digital Hong Kong dollar (e-HKD).

According to the white paper, “The architecture proposed in Hong Kong’s e-HKD features a flexible and efficient two-tier distribution model of a CBDC that enabled privacy-preserving transactions, traceability and cross-border synchronizations of ledgers.”

The white paper is the result of CBDC research by Hong Kong’s major financial authority that has been ongoing since 2017 under the aegis of “Project LionRock.” The HKMA considered the opinions of academic and industry experts and plans to conduct more trials to ensure the readiness of both a retail and wholesale CBDC.

South Korea’s latest move towards a CBDC has seen the Bank of Korea (BoK) make calls for a technology partner to help pilot a CBDC program set to run till the end of the year.

In a report published by BoK in February this year, the central bank announced plans to test and distribute a digital won while outlining the legal challenges that accompany a state-issued digital currency.

Apart from selecting a technology partner to help with the project, BoK has also announced that its CBDC will first operate in a limited test environment in order to analyze the functionality and security of the CBDC.

According to previous remarks by a BoK official, South Korea’s cash transactions are on the decline, and the central bank is only taking steps in preparation “for the expected changes in payment settlement systems [worldwide].”

In the summer of 2020, the central bank began to consider the creation of a CBDC by forming a committee task force to study the issue.

Bangko Sentral ng Pilipinas had confirmed in a virtual briefing that a committee was set up to look into CBDCs. In the briefing, Governor Benjamin Diokno explained that a feasibility test and an evaluation of the policy mechanisms of issuing a CBDC were underway.

In line with these remarks, the Philippine Bureau of the Treasury, in partnership with the Philippines’ Digital Asset Exchange and UnionBank, had launched a mobile application built on blockchain tech for distributing government-issued treasury bonds.

A few months later, however, saw the Philippines’ central bank reject the possibility of issuing a CBDC any time soon. Citing the need for ongoing research and study, the country’s central bank noted that its CBDC research so far could benefit from looking at established use cases of digital currencies in the private sector as well as other industrial applications.

From as early as 2016, the Monetary Authority of Singapore had been looking into CBDC initiatives and is now seeking commercial partners to help develop the currency.

By setting up challenges and competitions to discover and develop a retail CBDC, Singapore was able to establish a healthy diversity of solutions with the participation of more than 300 individuals.

Singapore’s move to launch a CBDC began as a joint project with an institute dubbed “Project Dunbar” that mainly focused on building an in-house retail CBDC for the country.

Throughout 2021, the Singaporean authorities have maintained a crypto-friendly stance with approvals given to crypto exchange platforms to operate similar to other digital payment token services.

Cambodia’s “Project Bakong” is probably one of the few fully operational retail CBDCs out there. The country’s blockchain-enabled money transfer project was originally launched in October 2020.

By June 2021, the project was reported to have amassed over 200,000 users with an overall indirect outreach of over five million users. What’s more, the first half of 2021 saw Cambodia’s CBDC project hit a transactional throughput of 1.4 million transactions valued at $500 million.

Developed on a hyper ledger platform, the Cambodian CBDC features mobile connectivity that allows users to connect to financial institutions and make payments without a centralized clearing entity.

Apart from the declared goal of using the CBDC to wean off dependence on the U.S. dollar, officials also disclosed that plans are underway to explore a cross-border transaction capability through a partnership with Thailand’s central bank and Malaysia’s largest bank.

In Japan, the country’s central bank joined hands with a group of other seven central banks in October 2020 to publish a report that examined CBDCs.

Since then, the Bank of Japan (BoJ) has begun a proof-of-concept to test the core CBDC functions. While the testing phase was scheduled to end by March this year, officials from Japan’s panel on digital currencies have said that the digital yen should be compatible with other CBDCs and that the BoJ is still ironing out its key functions.

An offline capability of the CBDC is one of Japan’s core considerations as it strives to establish a digital currency that is resilient to disruption given Japan’s vulnerability to natural disasters, earthquakes, floods and tsunamis.

At the start of 2020, Japan’s parliamentary vice-minister for foreign affairs said that Japan’s digital currency could be a joint venture with public and private partners to align Japan’s goal with global changes in fintech.

Since 2019, Thailand has joined forces with Hong Kong’s HKMA to test the use of a CBDC that would be used in cross-border payments between financial institutions in both countries.

According to a press release by the Bank of Thailand, “The development of a CBDC is a key milestone with the potential to alter the financial infrastructure and ultimately the financial landscape which could cause many changes in the roles of many stakeholders.”

Similar to other CBDC initiatives, the Bank of Thailand will seek out consultations and feedback with the general public as well as with the private and public sector on the “development and issuance of retail CBDC.”

The Bank of Thailand plans to start pilot tests for the usage of its CBDC in the second quarter of 2022.

Previously, the Vietnamese government had requested the State Bank of Vietnam to investigate blockchain-based currencies. It appears that Vietnam has joined the growing list of jurisdictions looking into CBDCs despite its previous harsh stance on cryptocurrencies.

In May 2020, the country’s ministry of finance announced plans to research and formulate a regulatory law for the crypto industry, even as the country experienced high levels of growth in digital currencies.

In July, the Vietnamese government decided to investigate CBDCs with plans to issue a pilot CBDC, given its utility for a small country in a global financial system that is dominated by the U.S. dollar.