Written by Bankerage Published on November 12, 2021 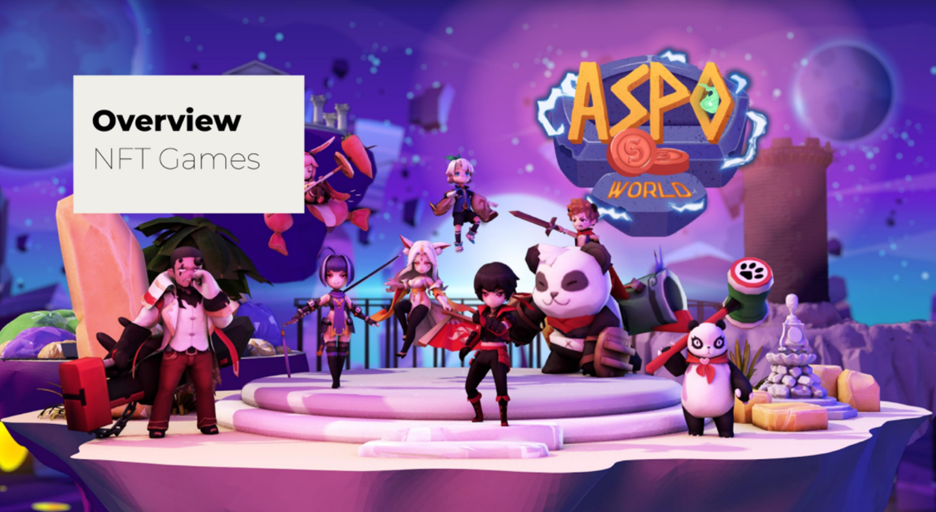 ASPO is a game universe backed by a strong and talented Vietnamese team with the hope of turning P2E games into the future of digital assets. ASPO is currently developing its very first project called ASPO World, a tactics-based game allowing people to interact with one another in the virtual world they create. ASPO World is incubated by Icetea Labs and has recently closed $2 million in funding from notable VCs. These include Icetea Labs, Hashed, Raptor, Gate.io, DaoMaker, Everse Capital, CoinCu Ventures and more than 20 other partners. ASPO’s team has also been working very closely with GameFi and Red Kite for its upcoming events, one of which is the IGO on 14th November.

The upcoming IGO on GameFi and Red Kite will mark a milestone for ASPO World in its journey to becoming the giant in the field of blockchain-based games. The ASPO team is here to redefine the purpose of gaming. They strongly believe that not only professional players can have fun and make money but ordinary gamers also can do the same.

ASPO World is being developed by an experienced Vietnamese Game Studio behind many successful games that have been released in 7 Asian countries, in association with ROXCE Capital – a Singapore-based company specializing in technology research and development as well as financial consulting in the fields of AI, Crypto/Blockchain, Cloud, Data Science and VR Metaverse.

ASPO World, with its great graphics and designs, will take players across the world of the greatest sorcerers. In this world, the powerful reign supreme and everyone is eyeing the “King of Sorcerers” title. Players joining ASPO World are required to choose one of the three classes ASPO has designed (Fighter, Hunter and Witch) as their main character along with 4 four other companions (spirits) to form a strong team in the arena.

By engaging in the battles and activities, players can claim NFTs that can be traded on the game’s Marketplace. Players in ASPO World do not individually go on the journey on their own but with other companions. In particular, we are developing the “Guild” feature to create better player connections. In the future, we expect to organize tournaments for the whole community of ASPO to join, making the game as interactive as possible.

ASPO World was created with the aim of promoting Vietnamese NFT games to the global playing field and we hope to put players as the center of this and all of our next games. Specifically, ASPO World is created by a team with ten years of expertise in game creation and publishing in Vietnam, with the help of prominent professionals in the fields of online games, technology, and finance, with the goal of transforming traditional games into the digital assets of the future.

Play, Earn and Have Fun

Players are required to invest a tiny sum to build a team of 5 members (1 main character and 4 spirits). ASPO World is planning to launch its in-game token to upgrade characters, buy stuff on the marketplace, and participate in PVP activities.

ASPO World creates and maintains a market economy based on a semi-automated method that is fair to all players. All in-game items earned through grinding can be converted into NFTs and traded with other players or investors via the marketplace. The price of these NFT products will be determined by the supply-demand mechanism of the in-game market, and who knows, maybe one day while exploring ASPO World you’ll come across a rare drop and hard-to-find item worth “millions of dollars.”

ASPO’s team has carefully planned every single step for the future development of our game universe, and with the support of Icetea Labs and some other great ventures like Hashed and Raptor, we’re very confident we’re going to make it a reality.

ASPO World will release its beta test in late November before organizing the first tournament for ASPO World’s players next year, probably in Q2 or Q3 2022. The team is also launching their side-chain (developed by our block chain advisor, Mr.Thanh Le) to smoothly handle all transactions.Lastly, ASPO expects to launch a new game when everything is ready, but they will also constantly review ASPO World on an ongoing basis to make sure players can have the best gaming experience.

Keep up to date with ASPO’s latest developments on their official social media channels like Twitter and Telegram.