Written by Bankerage Published on April 3, 2022 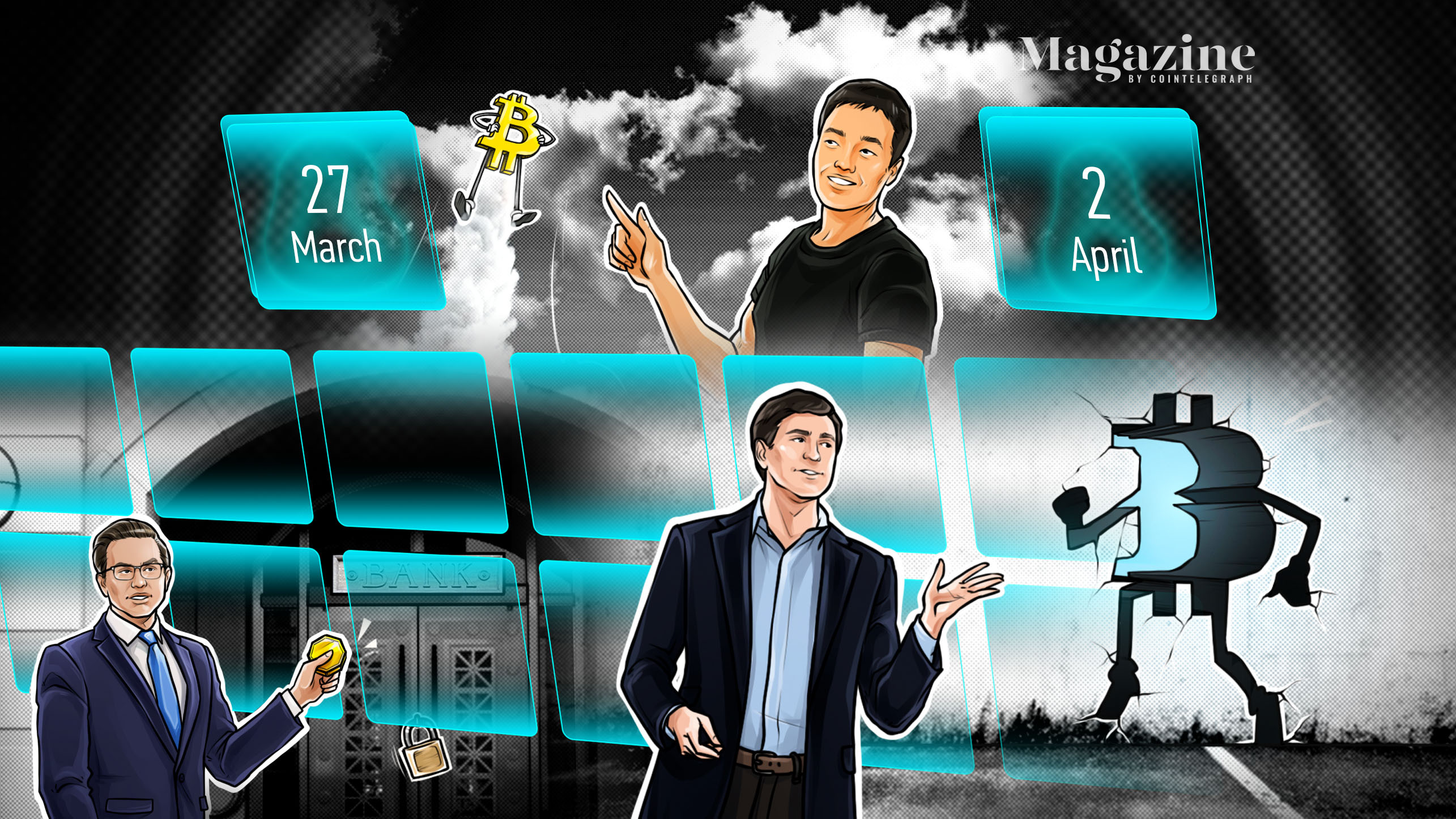 The cryptocurrency industry has fired back at the European Parliament, the legislative arm of the European Union, voting in favor of stringent crypto regulations relating to ”unhosted” private wallets.

The guidelines would require crypto service providers to verify the identity of every individual using an unhosted wallet that interacts with them, while any transaction greater than 1,000 euros would need to be reported to authorities.

“Imagine if the EU required your bank to report you to the authorities every time you paid your rent merely because the transaction was over 1,000 euros,” Coinbase CEO Brian Armstrong wrote on Twitter. “Or if you sent money to your cousin to help with groceries, the EU required your bank to collect and verify private information about your cousin before allowing you to send the funds.”

Axie Infinity’s Ronin Bridge was the victim of a hefty hack worth around $612 million earlier this week, with 173,600 Ether and 25.5 million USD Coin being stolen from the platform.

In a statement on Wednesday, the developers stated that they were “working with law enforcement officials, forensic cryptographers and our investors to make sure that all funds are recovered or reimbursed. All of the AXS, RON and SLP [tokens] on Ronin are safe right now.”

As part of the Bitcoin buying spree led by Terraform Labs founder Do Kwon, the Terra wallet belonging to Luna Foundation Guard approached $1.5 billion in BTC following another huge $139 million purchase this week.

Terra has been snapping up BTC aggressively since late January to build reserves to back its TerraUSD (UST) stablecoin, with Kwon also outlining earlier this month that Terra plans to accumulate a whopping $10 billion worth of BTC.

Terraform Labs is on track to overtake Tesla as the second-largest holder of Bitcoin soon, with MicroStrategy also in its sights, according to data from Bitcoin Treasuries.

Alluding to the vast number of tweets and media publications commenting on the potential for a Solana launch, OpenSea cheerfully referred to the announcement as the “best-kept secret in Web3.”

MetaMask rolls out Apple Pay integration and other iOS updates

ConsenSys-owned MetaMask revealed important updates for iPhone and Apple Pay users on Tuesday that enable them to purchase cryptocurrency directly through the app via debit or credit cards, removing the hassle of sending Ether from an outside source to add funds.

Notably, the move is said to lower gas fees, and MetaMask is utilizing two payment gateways, Wyre and Transak, to support debit card and credit card purchases. Users are now able to deposit a maximum of $400 daily into their wallets via the new service.

“We wanted to expand the way in which users can convert crypto within the app itself and not have to leave it,” James Beck, director of communications and content at ConsenSys, told Cointelegraph.

“I’m sort of betting that the long-term scenario of Bitcoin going up and the reserves being strong enough to withstand UST demand drops is the more likely scenario.”

Do Kwon, founder and CEO of Terraform Labs

“New York can issue $2 billion of debt and buy $2 billion worth of Bitcoin — the Bitcoin is yielding 50% or more, the debt costs 2% or less.”

“Dictators aren’t really going to like Bitcoin because they can’t control it.”

“Ethereum is like New York City: it is vast, expensive and congested in certain areas. However, it also features the richest application ecosystem, with over 500 apps that command a total value of over $100 billion — more than 10x larger than any other competing network.”

“Nothing is growing as fast as cryptocurrency.”

“Web3 takes the concept of democratization to a whole new level, whereby data/information cannot only be made openly shareable but can be made openly unfalsifiable.”

“I’d put the chance of Bitcoin ever moving to PoS at exactly 0%. There is no appetite among Bitcoiners to destroy the security of the protocol by making such a move.”

VanEck says Bitcoin could hit $4.8M if it became the global reserve asset

U.S. investment giant VanEck has come up with a lofty prediction concerning Bitcoin — and one that has very little chance of coming to fruition in the foreseeable future. The firm suggested this week that 1 BTC could be worth $4.8 million if it becomes the world’s reserve currency.

The extremely optimistic estimation was part of a report by VanEck’s head of active EM debt management, Eric Fine, and chief economist Natalia Gurushina, who outlined a thought experiment comparing the price implications for gold and Bitcoin after being adopted as reserve currencies.

VanEck’s analysis found that the implied price for BTC ranged from $1.3 million to $4.8 million. But they ultimately concluded that the Chinese yuan is the most likely currency to become a global reserve asset if the U.S. dollar crumbles moving forward.

FTX US announced the acquisition on Friday and, at the time of reporting, 600 out of 761 reviews were negative, with most of them commenting about how good the game was until it sold out to a crypto firm.

“Good Luck Games was acquired by FTX, a cryptocurrency company, as a way to ‘help crypto make inroads with gamers.’ I want no part of that and I don‘t want crypto ‘making inroads’ in things I‘m interested in. Uninstalled,” wrote Steam user “King Bear,” who has clocked more than 60 hours in the game.

The Central Bank of Sudan (CBOS) has warned local citizens about dealing with cryptocurrencies over risks such as “financial crimes, electronic piracy and the risk of losing their value.”

The warning came amid reports that crypto is gaining traction in Sudan at a time when the African nation is dealing with three-digit inflation following a 2021 military coup.

The CBOS also cited legal risks, as cryptocurrencies are not classified as money “or even private money and property” under Sudanese law. The central bank admitted that it has been noticing an uptick in crypto promotions on social media recently.

Greenpeace has teamed up with Ripple co-founder and executive chairman Chris Larsen to launch a new campaign aimed at changing Bitcoin’s mining practices to an environmentally sustainable model.

The campaign is called “Change the Code, Not the Climate,” and Greenpeace in particular cited concerns that the energy required to mine Bitcoin comes mostly from fossil fuels.

“If only 30 people — the key miners, exchanges and core developers who build and contribute to Bitcoin’s code — agreed to reinvent proof-of-work mining or move to a low-energy protocol, Bitcoin would stop polluting the planet,” the campaign notes.

Bitcoin enthusiasts were less than pleased with the new campaign, with several prominent industry leaders arguing that the Bitcoin network would never abandon proof-of-work.

Crypto critics: Can FUD ever be useful?

“Anyone who says that David Gerard personally stopped their crypto getting into Wikipedia is a fuckwit,” says editor, Wikimedia spokesman and professional crypto hater David Gerard in his typically no-nonsense fashion.

Planet of the Bored Apes: BAYC’s success morphs into ecosystem

The success of the “Bored Ape Yacht Club” collection sparked the creation of an NFT universe powered by its proprietary ApeCoin token.