Written by Bankerage Published on October 24, 2021 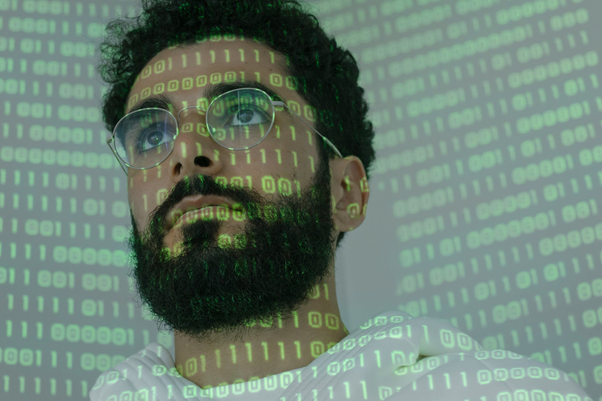 The value and impact of data are clear. People are aware of how expensive data is and the value it brings to the world’s most valuable companies. Increasing regulations have begun to push towards a more ethical, transparent system due to increasing privacy concerns and prominent data scandals, but alternatives are needed for a future driven by data. Swash is pioneering a new way of doing data by bringing control and data monetization to the masses through what can be understood as a Universal Data Income.

With Web 3.0 gaining ground, data is the new currency as anyone who has control over useful data can make a fortune by putting it to good, or even bad use. As the world goes increasingly digital, people are now genuinely concerned about safeguarding their data. In the current scenario, if one can exert control over their personal information and data generated by their day-to-day activities, they will not only decide on who can access it but also derive monetary benefits out of it.

The importance of user-generated data is not lost to the world, as many controversies in recent days have made people aware of the extent many online businesses go to plump up their balance sheets. When one speaks about such scandals involving gross misuse of user data by violating the users’ trust, the Cambridge Analytica- Facebook fiasco comes to mind. But again, what is the alternative to social platforms and online services like Facebook, Google and other big tech companies who gather user data by luring users on the pretext of free-to-use services. After all, there is no such thing as free lunch. And in this case, users are paying for these services by giving away valuable personal information including their most private moments for free to online platforms.

Data Monetization for the Masses

Swash is an ecosystem of tools and services that enable people to unlock the value of data by pooling, securely sharing, and earning while retaining privacy. The core idea behind Swash is that of “Data Unions” – organized structures that optimize individual agency as a collective force by rewarding union members for the value of their data. Inspired by their vision to make easy data monetization possible, the Swash team built the first real Data Union back in 2019 as an experiment. It has since grown into one of the largest dApps with over 60,000 installs, making it the largest Data Union in existence.

It was recently announced that Swash raised $7 million in a funding round, led by the popular cryptocurrency exchange KuCoin, early-stage accelerator Outlier Ventures and decentralized real-time data platform Streamr. Outlier Ventures’ portfolio boasts big names, such as Brave, Chainlink, Ocean Protocol and Fetch.ai, and Swash partnered with them in summer 2020. Streamr’s technology enables the creation of Data Unions and Swash utilizes the network as the integration layer and the Streamr marketplace will be where Swash stream data is sold. Streamr Founder, Henri Pihkala, is also on the Swash advisory board.

Swash also partnered with Ocean Protocol as a Day 1 Data Launch Partner of the Ocean Market, which enables users to add liquidity to pools, and to buy, sell, or publish data. Swash received from Ocean a funding grant plus marketing and product development support, and Bruce Pon, Ocean Protocol Founder, is now an advisor to the team. For more, the Swash team recently published in a blog an impressive list of all-star backers.

As Swash will grow, the solutions built onto the technology will give rise to a vast community of collaborators and new innovations. Its First Wave Solutions can provide an indication of what is possible. These include Data Union – organizing individuals as a collective force so people can earn for activities they already do online — like surfing the web. sIntelligence – a unique business intelligence platform using aggregated Swash data to show companies their key metrics via a web-based platform. sApps – making it possible to communicate directly with users to get to know them better and provide another value stream, such as by viewing ads or answering questions or polls. sCompute – making it possible for data scientists to perform computations on data without needing to purchase it while the data itself remains private and isn’t sold or moved.

To benefit from Swash today, all one has to do is install a plugin and continue browsing, just like they would do otherwise. The plugin will take care of all the heavy lifting by collating all non-sensitive, yet valuable user data based on the behavior and usage patterns. The collection is then presented to the user for review and approval before it can be packaged and monetized along with other batches of user-generated data authorized by their owners who are part of the much larger Swash pool, referred to as “Data Union”. In return for their contributions, the users sharing their data will earn Swash tokens, which can be stored, spent or exchanged for other digital assets.

The Swash browser plugin is available for almost all the popular browser applications including Google Chrome, Mozilla Firefox, Microsoft Edge, Brave, Opera etc., and soon will become available on Android and iOS powered devices. The Swash ecosystem is powered by SWASH, a cross-chain utility token that works seamlessly on Ethereum, xDAI and Binance Smart Chain protocol. The token is a critical part of the platform’s incentive, data transaction, DAO governance and staking systems. Swash is an opt-in solution that requires explicit user approvals for various actions. To assure transparency and security, the platform has undergone a full Data Protection Impact Assessment and registered with the Information Commissioner’s office in the United Kingdom.

​​The Swash value chain will be powered by its native token (SWASH). SWASH will have a variety of use cases within the ecosystem and will be used as a cross-chain utility and governance token integrating Ethereum, xDai and Binance Smart Chain. It will also be fused with Swash’s partners and their native currencies, allowing for cross-fertilization of value, increased adoption, and a seamless user experience. As demand for SWASH will increase alongside network adoption, the generated value may be used to balance the token supply, likely through periodical token ‘burning’. Once the Swash expansion is live, use cases for the Swash token will include an incentive system, data transactions, DAO governance and staking liquidity.

Swash is reimagining data ownership by enabling all actors of the data economy to earn, access, build and collaborate in a liquid digital ecosystem for data through an ecosystem of tools and services designed to unlock the latent value of data by pooling, securely sharing, and monetizing its value. People share their data to earn while retaining their privacy, businesses can access high-quality, zero-party data in a sustainable and compliant way, and developers set up and build systems within a collaborative development framework with ease.

Swash believes that people should be appreciated for the data they generate. They are building a new information economy that works for everyone without compromising on transparency, privacy, or individual agency.