Written by Bankerage Published on December 3, 2021 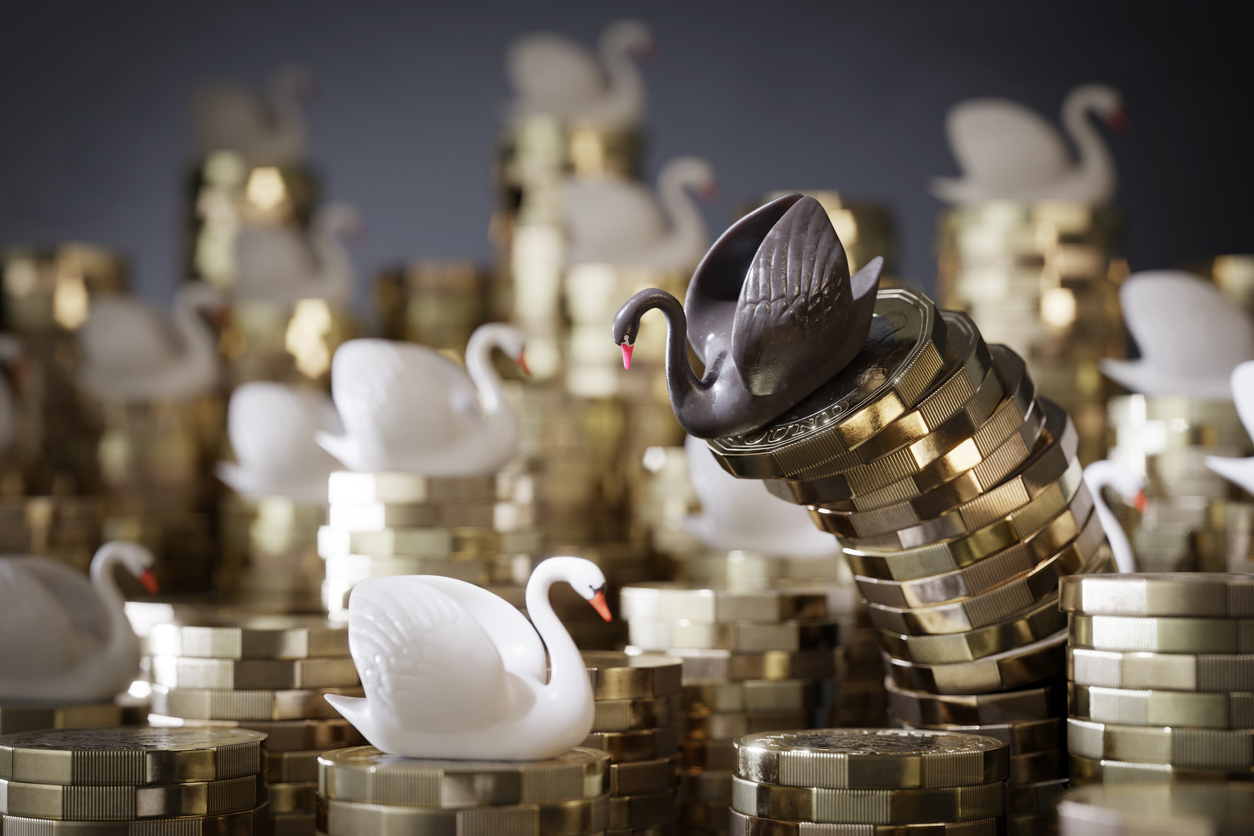 Back in March of 2020, those taking position ahead of the Bitcoin halving were blindsided by the Black Thursday market selloff, driven by panic at the onset of the COVID pandemic and subsequent lockdowns.

With the new Omicron strain making headlines, and lockdowns once again considered, could the cryptocurrency market be facing another dangerous macro storm and catastrophic collapse?

Omicron & The Return Of The Black Swan Trend Line

According to Wikipedia, a black swan is “an event that comes as a surprise, has a major effect, and is often inappropriately rationalized after the fact with the benefit of hindsight.”

Black Thursday in March 2020 classifies perfectly as such. COVID came, the market panicked, and Bitcoin collapsed back to $3,800 at the low. It turned out to be a huge overreaction.

Despite the “surprise” factor of the event and the fact no one saw COVID coming, technical analysis proves that these black swan events can be predicted to a point. But what if two black swan events were to happen from touching the same trend line. Would these really be considered black swan events?

That’s exactly what’s at risk, given the recent Omicron strain news and related panic, and the fact that Bitcoin price is indeed up against the very trend line that was used to predict Black Thursday’s eventual target to the dollar.

Why Another Bitcoin Black Thursday Is Unlikely

The chart above shows that Bitcoin price was rejected from the same trend line that prompted the COVID correction. The move was so sharp and intense, a polar opposite rally resulted that took the cryptocurrency to more than $65,000 per coin.

Bitcoin selling off just as severely wouldn’t necessarily be a bad thing, as the bounce from such an event has shown. But despite the dangerous macro landscape and the stock market sinking, the conditions for the top cryptocurrency are very different this time around.

For one, the arrows depict two rejections from former resistance in 2019, with the second (marked in red) failing to break out of the Ichimoku cloud. That resistance level dated all the way back to the very beginning of the bear market, which is why the Black Thursday rejection was particularly strong. Meanwhile, the current price action more so appears to demonstrate a resistance level being flipped as support.

The blue path outlines an expected Elliott Wave motive wave, with three impulses up and two corrective waves. Per Elliott Wave Theory, wave 1 shows there still life left in an asset, but market participants are reluctant to believe the bull market has begun.

Because of the remaining bearish sentiment, wave 2 wipes out most of the progress of wave 1, before wave 3 begins. With lows of wave 1 retested at the climax of wave 2, market participants are more confident in a blossoming bull trend, which is why wave 3 tends to be the longest and strongest. EWT refers to this as a wave “extension.”

Wave 4 cannot enter into the path of wave 1 and tend to move sideways. This suggests that it is unlikely to see another sharp correction like what happened on Black Thursday in 2020. Whenever wave 4 officially ends, and whether it has or not is still up for debate, targets of $100,000 per coin remain likely for the peak of wave 5.

This is the chart I have been following for months now. Until that wedge breaks down, I cannot be bearish on #Bitcoin. The bull market is still on. But has wave 5 begun or not? pic.twitter.com/m04xxz8Kax

Follow @TonySpilotroBTC on Twitter or join the TonyTradesBTC Telegram for exclusive daily market insights and technical analysis education. Please note: Content is educational and should not be considered investment advice.