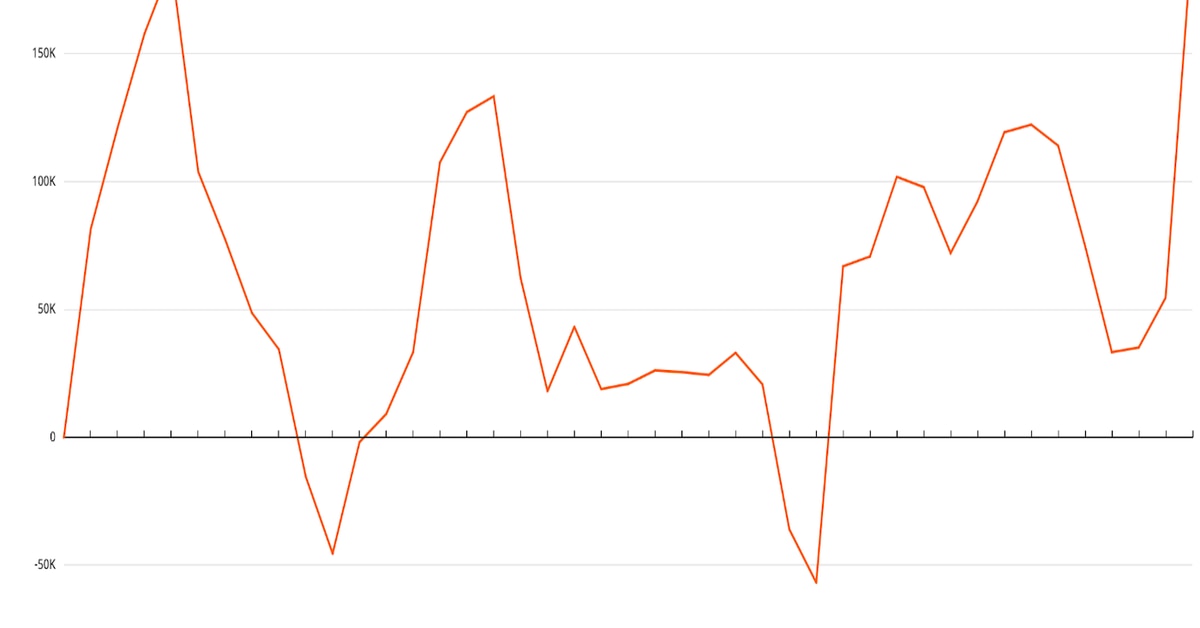 Bitcoin whales or large investors with ample capital supply appear to be buying again as fears of inflation lurching out of control strengthen the case for investing in store of value assets.

The renewed buying amid rising inflation expectations across the globe suggests investment is the primary use case for bitcoin.

“Its a confirmation of the view that bitcoin is seen as digital gold, or perhaps institutions are just making a longer term trade on the bitcoin price,” Chainalysis said.

The U.S. 10-year breakeven rate, which represents how the market foresees long-term price pressures, recently rose to a decade high of 2.64%, according to the Federal Reserve Bank of St. Louis. Bitcoin rallied nearly 40% in October, hitting a record high of $66,975.

Analysts at JPMorgan have attributed the rally to the perception that bitcoin is an inflation hedge contrary. The perception stems from bitcoin’s mining reward halving. This programmed code reduces the pace of supply expansion by 50% every four years, putting the cryptocurrency’s monetary policy at odds with the Federal Reserve’s decades of money printing.

However, bitcoin needs to expand its footprint into crypto sub-sectors like Web3 and decentralized finance to remain relevant relative to ether in the long run, according to Chainalysis, .

“Bitcoin usage has not reached the sophistication of Ethereum or other Layer 1 assets,” Chainalysis said. “A decentralized way of wrapping bitcoin is needed to unlock the use of bitcoin as high-quality capital in DeFi.”

“If bitcoin can be used as capital in Web 3.0 then it will have a future as both a scarce fungible asset and as a useful asset in the more innovative side of crypto,” Chainalysis added.

The uptick in whale holdings suggests the recent rally is backed by strong hands and is sustainable. Bitcoin’s bullish momentum lost steam in the first quarter as whale holdings started declining. The market crashed in May.

The cryptocurrency was last seen changing hands near $62,900, representing a 0.5% drop on the day, according to CoinDesk 20.