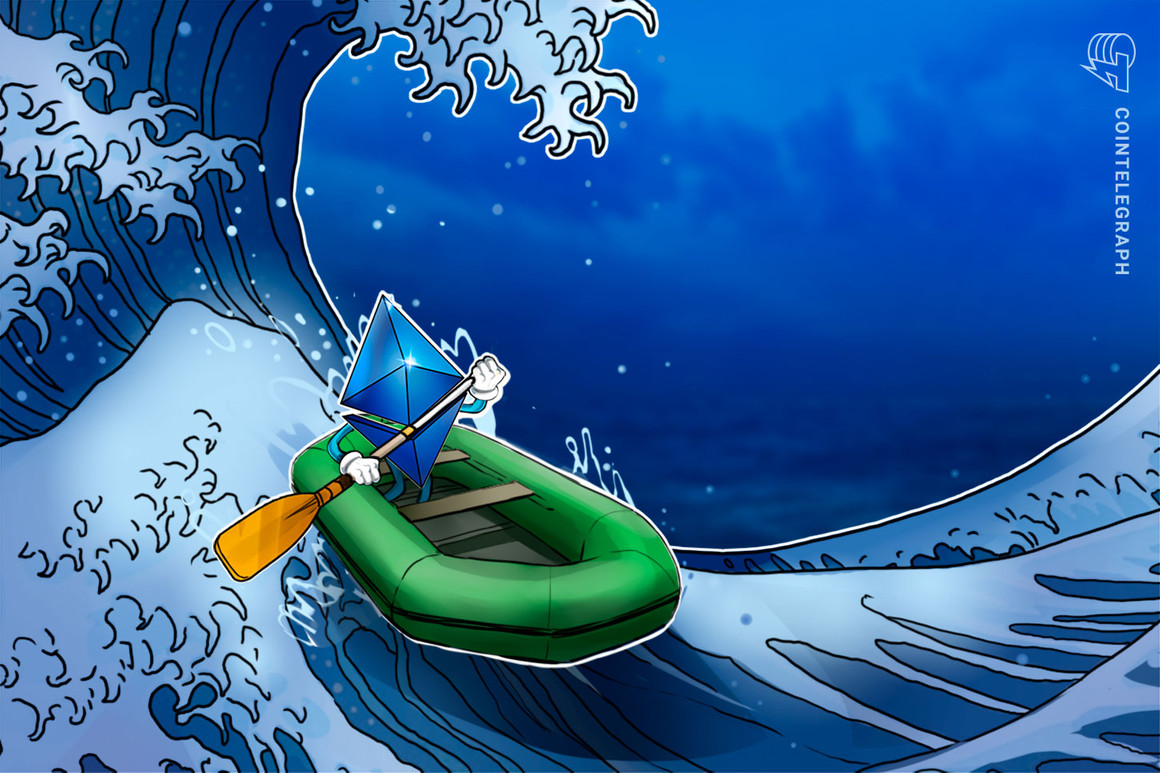 The amount of Ethereum’s native token Ether (ETH) kept with crypto exchanges has fallen to its lowest levels since September 2018, signaling traders’ intention to hold the tokens in hopes of a price rally in 2022.

Notably, nearly 550,000 ETH tokens — worth around $1.61 billion — have left centralized trading platforms year-to-date, according to data provided by Glassnode. The massive outflow has reduced the exchanges’ net Ether balance to 21.72 million ETH, down from its record high of 31.68 million ETH in June 2020.

Interestingly, over 30% of all Ether’s withdrawals from exchanges witnessed in 2022 appeared earlier this week, data from IntoTheBlock shows. In detail, over 180,000 ETH left crypto trading platforms on March 15, bringing the weekly outflow’s worth to a little over $500 million as of March 18.

Chainalysis data showed similar readings, revealing that Ether tokens could have left exchanges this week at an average of about 120,000 units per day, a bullish signal. Excerpts:

“Assets held on exchanges increase if more market participants want to sell than to buy and if buyers choose to store their assets on exchanges.”

IntoTheBlock provided a similar upside outlook while citing a fractal from October 2021 that saw the Ether’s price rising by 15% ten days after the Ethereum network detected massive ETH withdrawals from centralized crypto exchanges.

The increase in Ether withdrawals from exchanges this week coincided with about 190,000 ETH moving into Lido’s “stETH liquid staking” pools, IntoTheBlock noted.

To recap, Lido is a non-custodial staking service that enables users to overcome challenges associated with staking on the Ethereum 2.0 Beacon Chain, including the requirement of staking a minimum of 32 ETH or its multiples. Furthermore, Lido proposes to solve the capital efficiency problem by issuing stETH, the tokenized version of staked ETH.

The last 30 days showed Ether holders adding over 1 million ETH into the Ethereum 2.0 contract. And as the protocol prepares to switch completely to proof-of-stake in summer — in the wake of its “Merge” earlier this week on the Kiln testnet — the probability of more Ether tokens going out of active supply has increased.

Lol. No one told anon that there’s going to be a liquidity squeeze in newly minted Ether in a few months. No newly minted Ether will enter circulation between the Merge (Juneish) and Shanghai (Decemberish). I’d text them but I don’t even have their number. You got it? Poor anon.

The bullishness surrounding Ethereum’s switch to proof-of-stake has prompted Ether to enter a rebound mode this week.

In detail, ETH’s price rallied by more than 17% week-to-date to nearly $3,000. Interestingly, the upside retracement originated at a technical level — rising trendline support with a recent history of limiting Ether’s bearish outlooks, as shown in the chart below.

Nonetheless, as Cointelegraph covered earlier, Ether could pare its gains owing to another technical level, this time a falling trendline resistance that has also been instrumental in capping its upside attempts since January 2022.

Together, these trendlines appear to have formed a continuation pattern called a symmetrical triangle, indicating that Ether will most likely go in the direction of its previous trend, i.e., down. For now, ETH could fall back toward the triangle’s support trendline on a pullback from its resistance one.