Written by Bankerage Published on January 15, 2023 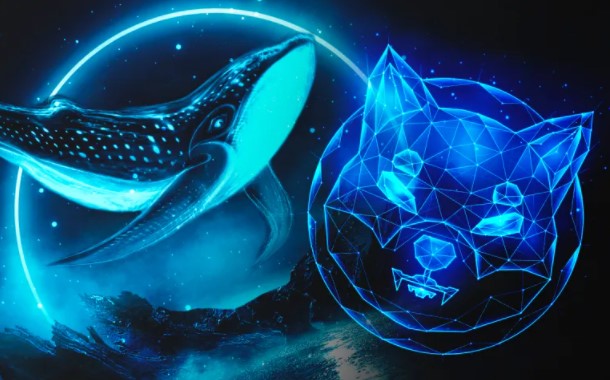 As the dog-themed crypto asset gets ready to launch its new metaverse, a crypto whale is suddenly transferring trillions of Shiba Inu (SHIB) tokens.

According to a tweet by Whale Alert, a platform for tracking whales said that a huge number of SHIB tokens (3,323,256,285,484) worth almost $30.48 million were moved from one unknown wallet to another.

The addresses used in the transactions aren’t associated with cryptocurrency markets, so it’s unlikely that the action has anything to do with buying or selling the trending meme coin.

The Shiba Inu team has recently made several announcements, and this massive transfer of SHIB tokens has occurred in the midst of this. First, Shiba Inu’s developers said they want to unveil their new metaverse at the South by Southwest (SXSW) festival 2023 in Austin, Texas.

A virtual reality (VR) tour of the WAGMI Temple, one of 11 locations in Shiba Inu’s metaverse showcasing the Dogecoin (DOGE) competition, will be featured in the exhibition.

Expanding The Scope Of Shiba Inu

For the Ethereum-based Shiba Token Decentralized Community Project, millions of devoted SHIB supporters have organized themselves into a movement they call the #ShibArmy. As a result, the cryptocurrency is consistently placed in the top 15 by market cap. According To Shiba Inu Ecosystem’s Blog:

The unique possibilities that will be in HUBs like WAGMI Temple make SHIB: The Metaverse stand out. “HUBs are epicenters of activity within the Metaverse, offering distinctive experiences rooted in each HUB’s theme,” explains Sherri Cuono, Metaverse Advisor to Shiba Token.“ Each offers special attractions that may only be experienced in that hub. The common thread is extensive digital or digital-plus-IRL utility including activities, commerce, customization, expression, events, education, exploring and more. Users will be able to earn passive income, collect in-game resources, generate rewards, and even have their own space to build and manage their projects in SHIB: The Metaverse.”

On the other hand, the Shiba Inu team has just announced some latest upgrades to the Shibarium Network. It will soon deploy a layer-2 scaling protocol and promote Bone ShibaSwap (BONE) as the official virtual asset associated with the blockchain.

Binance, the largest cryptocurrency exchange in the world measured by volume, was prompted to stake an astounding 4 trillion Shiba Inu tokens as a result of this move.